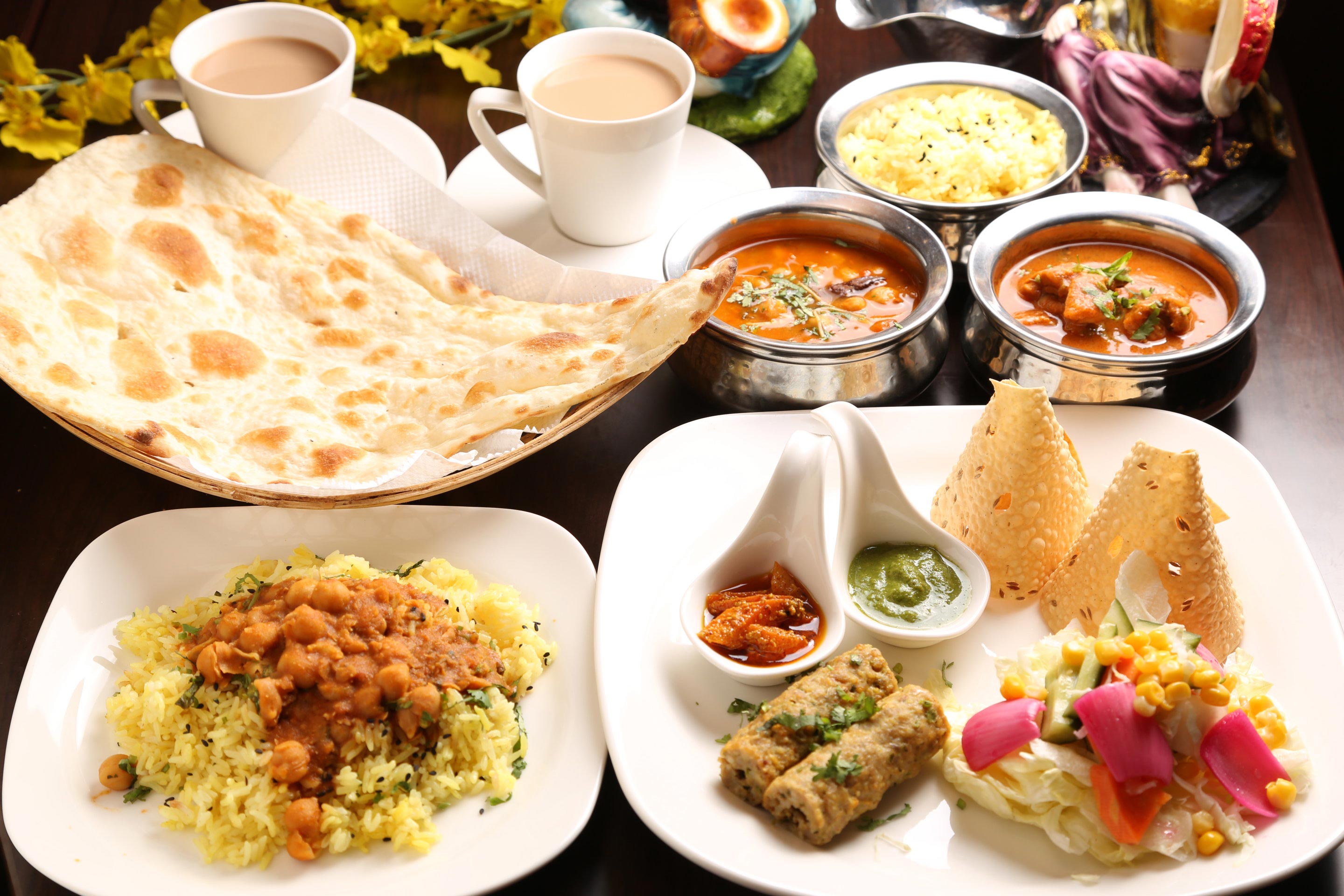 India’s Regional Cuisines and all at Suruchi must Read… 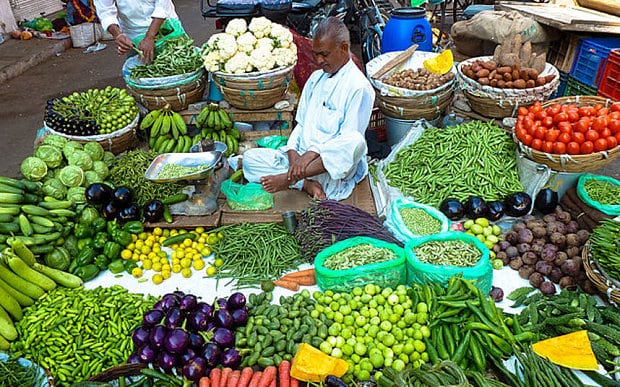 India’s Regional Cuisines and all at Suruchi must Read…

Although it is common for Indian restaurants to present dishes as part of a uniform, nationalized cuisine, in actuality, the food of India is as regionally specific and diverse as its population. These cuisines are heavily influenced by India’s history, conquerors, trade partners, and the religious and cultural practices of its populace. A little background on the commonalities and differences between India’s regional cuisines can turn your next Indian meal into an exhilarating, and deeply gratifying, adventure.

Although Indian cuisine is highly regionally specific, there are certain common threads that unite the different culinary practices. Indian cuisine throughout the nation is highly dependent on curries, which are gravy-like sauce or stew-like dishes with meat, vegetables, or cheese, although the particular spice mixtures, degree of liquidity, and ingredients are determined by regional preference. Indian cuisine in general is also very dependent on rice, although Southern Indian regions use rice more heavily than other areas. All regional cuisines are reliant on “pulses” or legumes. Indian cuisine uses perhaps a greater variety of pulses than any other world cuisine: red lentils (masoor), Bengal gram (chana), pigeon peas or yellow gram (toor), black gram (urad), and green gram (mung) are used whole, split, or ground into flour in a diverse number of Indian dishes. Dal, or split or whole legumes, add creaminess to dishes that don’t use dairy, and protein to vegetarian diets.

Perhaps the most defining characteristic of Indian cuisine is its diverse use of spices. Indian spice mixes often use upwards of five different spices, sometimes combining 10 or more. Chili pepper, black mustard seed, cumin, tumeric, fenugreek, ginger, garlic, cardamom, cloves, coriander, cinnamon, nutmeg, saffron, rose petal essence, and asafoetida powder ( a spice that has an overly strong scent when raw but imparts a delightful flavor akin to sautéed onions and garlic when cooked) are all used frequently in various combinations. Garam masala is a popular spice mix, cardamom, cinnamon, and clove, with the additional spices varying according to region and personal recipe. Mint, coriander, and fenugreek leaves offer their pungent, herby flavors to dishes throughout India.

Outside Influences: Conquest and Trade

The cultural impact of trade is evident in the India’s cuisine, with specific regions and dishes bearing the mark of foreign influence. India’s spices were highly coveted by Arab and European traders; in exchange, India received many goods that greatly influenced its culinary tradition. Portuguese traders brought New World imports like tomatoes, potatoes, and chilies, which have become deeply integrated into Indian dishes. Arab traders brought coffee and asafoetida powder.

India’s periods of conquest have also greatly shaped the development of its cuisines. Mughal conquerors, who occupied India between the early 1500s and late 1600s, infused India’s culinary tradition with Persian flavors and practices. The effect is notable in the use of cream and butter in sauces, the presence of meat and nuts in dishes, and specifically in dishes like biryanis, samosas, and pulaos, which draw heavily on Persian cuisine.

Although British control of India introduced soup and tea to the country, it had little impact on its cuisine. The colonial absorption of Indian cuisine into British culture, however, has deeply affected the translation of Indian food abroad. Chicken Tikka Masala, a popular dish on many Indian menus, is in fact an Anglo-Indian creation and is commonly known as “Britain’s true national dish.” Even Western concepts of Indian “curry”-the term is applied to a multitude of gravy and stew-like dishes-are derived from British interpretation of Indian cuisine. Curry powder is also a British creation: a blend of Indian spices that were originally paired together by colonial cooks.

India’s population is highly diverse, with cultural identities heavily influenced by religious and regional particularities. Ayurvedic teachings, emphasizing equilibrium between mind, body, and spirit, have exerted an influence over Indian cuisine in general, dictating ingredient pairings and cooking practices. While this philosophy is a common influence throughout Indian cuisine, the ways in which Ayurvedic food rules are applied differ according to religion and regional culture. Approximately one-third of India’s population is vegetarian, dictated by their Hindu, Jain, or Buddhist faiths. Consequently, a significant portion of India’s dishes throughout the country are without meat. Additionally, religious beliefs affect other dietary restrictions that shape India’s cuisine: Hindu followers abstain from beef, because cattle are sacred in this faith, while Muslims believe pork to be unclean and never eat it. Depending on the dominant religious beliefs of a region, the cuisine in a particular area may omit certain ingredients to comply with religious law.

Perhaps the most prevalent culinary style found outside of India, Northern Indian cuisine reflects a strong Mughal influence. It is characterized by a high use of dairy: milk, paneer (an Indian mild cheese), ghee (clarified butter), and yogurt are all used regularly in Northern dishes. Samosas, fried pastries stuffed with potatoes and occasionally meat, are a distinctive Northern snack. Clay ovens known as tandoors are popular in the North, giving dishes like Tandoori Chicken and Naan bread their distinctive charcoal flavor. A significant number of Northern dishes make regular appearances on Indian menus. Dal or Paneer Makhani are popular vegetarian dishes, consisting of dal or paneer cooked in a creamy sauce of tomatoes, onions, mango powder, and garam masala. Saag Paneer and Palak Paneer are two similar dishes made with spinach, cream, and paneer, differing slightly in consistency and spices. Korma, another menu staple from Northern India, is a creamy curry of coconut milk or yogurt, cumin, coriander, and small amounts of cashews or almonds. It can be served with different meats, usually chicken or lamb, but sometimes beef, as well as with paneer for a vegetarian dish.

Western Indian cuisine is distinguished by the geographic and historical particulars of its three main regions: Maharashtra, Gujarat, and Goa. Maharashtra’s coastal location is responsible for its fish and coconut milk-dominant cuisine. Gujarati cuisine is mostly vegetarian and has an underlying sweetness to many of its dishes due to Chinese influence. Since the dry climate of this region produces smaller vegetables, this region is well known for its chutneys, which are popular Indian condiments that use cooked, fresh, or pickled vegetables and fruits with sweet, sour, or spicy flavors. Goa acted as a major trade port and colony for Portugal, resulting in a distinctive and unique blend of Indian and Portuguese culinary elements. Goan cuisine uses pork and beef with greater frequency than other regional cuisines in India. Vinegar is also a characteristic ingredient of Goan cuisine, another result of Portuguese influence. The prevalence of coconut milk, coconut paste, and fish in Goan cuisine results from its coastal location. Vindaloo is a traditional Goan dish that is an Indian restaurant mainstay, its name deriving from Vinho de Alho, a Portuguese marinade consisting primarily of garlic, wine, vinegar, and chilies.

Eastern Indian cuisine is primarily known for its desserts. These desserts are not only favored by other regions in India, but are frequently found at Indian restaurants, their light sweetness making an excellent finale to a meal. Rasgulla is a popular sweet treat consisting of semolina and cheese curd (chenna) balls that are boiled in a light sugar syrup. Eastern dishes favor mustard seeds, poppy seeds, and mustard oil, giving dishes a light pungency. Rice and fish also feature prominently in Eastern cuisine. Overall, Eastern dishes are more lightly spiced than those from other regions.

Southern Indian cuisine is not typically found on many Indian restaurant menus and differs greatly from other regions. Its “curries” contrast differently in their textures and can typically be categorized according to the drier consistency, or those favoring a more soupy or stew-like presentation. Poriyals, dry curries consisting of a variety of vegetables and spices, accompany rice dishes. Sambars, rasams, and kootus, three common stew-like dishes, each differ in their primary ingredients and degrees of liquidity. Sambars are essentially tamarind flavored pea and vegetable stews that are more watery than curries from other regions, but are thicker than rasams. Rasams are more similar to soups in their consistency, and are composed primarily of tomato, tamarind, and a myriad of spices. Kootus are more similar to curries found in other regions, but, rather than being creamy like the dairy-based curries of the North, kootus get their consistency from boiled lentils.

Aside from curry-style dishes, Southern Indian cuisine is known for its tasty fried or griddle-cooked snacks. Dosas consist of a large crepe-like rice pancake that is usually filled with vegetables, chutneys, or masala curries. Utthapams are similar to dosas, but are thicker with the “filling” sprinkled on top like a pizza. Idlis and vadas are fried delicacies similar to savory doughnuts that are served as accompaniments to sambars and rasams. Apart from restaurants that specifically serve Southern Indian cuisine, the only South Indian food that is frequently found in Indian restaurants are pappadams, a fried crispy rice cracker usually spiced with black peppercorns.